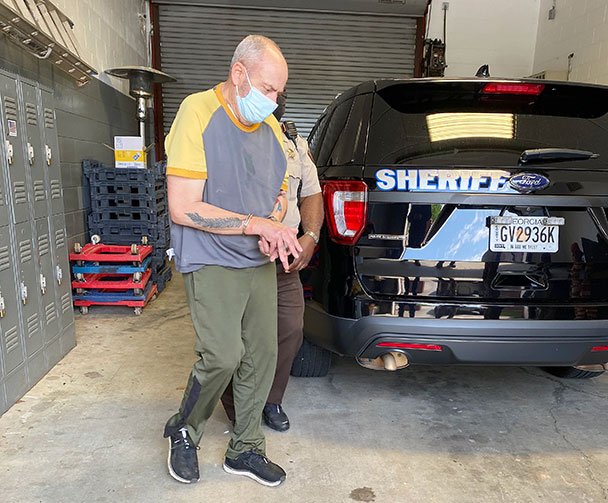 Former Barnesville municipal judge Henry Abreu was released from the Lamar County jail Tuesday on a $75,000 bond posted by family.********************NOTICE:This story and photo(s) are under copyright. They may not be republished or disseminated in any form or format – including social media – without explicit permission.*********************Abreu ingested a quantity of meth during a drug raid at his home at 123 Stafford Ave. in Barnesville March 31. He was subsequently hospitalized and then sent to a nursing home. He checked himself out of the care facility April 23 and was arrested as he waited for a ride.Abreu is charged with distribution of meth within 1,000 feet of a school, possession of meth with intent to distribute, trafficking in meth, tampering with evidence, obstruction, possession of a firearm during the commission of a felony, possession of drug related objects and possession of marijuana.