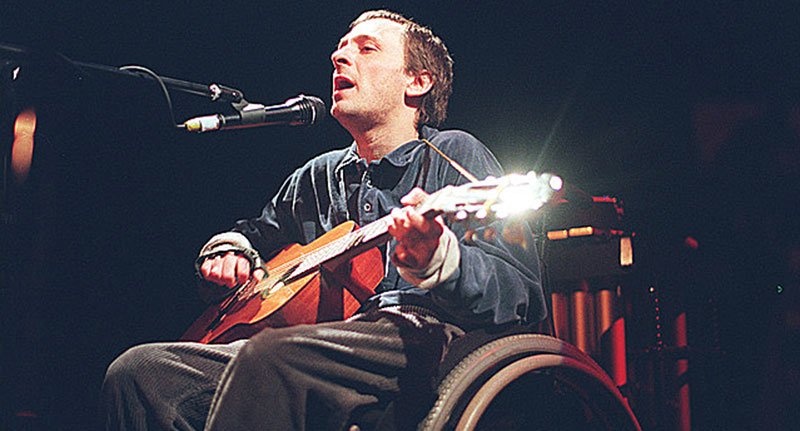 The legacy of internationally renowned singer-songwriter Vic Chesnutt lives on as the 6th annual Vic Chesnutt Songwriter of the Year Award presentation will be held April 28 at the 40 Watt Club in Athens.

Adopted, Chesnutt grew up in Zebulon where he started writing songs at the young age of five and his grandfather taught him to play the guitar.

Driving drunk at age 18, he sustained injuries in a single car accident which paralyzed him from the neck down. Chesnutt could only play simple chords on the guitar but carved out a distinguished career in Athens where he was discovered by REM frontman Michael Stipe.

He went on to release a number of his own albums and album covers by famous artists including REM, Indigo Girls, Madonna, The Smashing Pumpkins, Cracker, Soul Asylum and Live.

Chesnutt died at 45 on Christmas Day 2009 from an overdose of muscle relaxants. In his final interview which aired on NPR just 24 days before his death, Chesnutt said being “uninsurable” due to his quadriplegia, he was $50,000 in debt for his medical bills and had been putting off a surgery for a year.

“I don’t want to die, especially just because I don’t have enough money to go in the hospital,” he said.

The Vic Chesnutt Songwriter of the Year Award was established in 2016 to celebrate and amplify the unique creative voices within the Athens songwriting community. The award carries a cash prize and is presented by the Rotary Club of the Classic City of Athens.

The awards show will include featured performances by Ben de la Cour, Sarah Zuniga, last year’s winners and the five finalists for the awards. They are Bo Bedingfield for Beautiful World; Gabriella Delliponti & Hunter Guess for Monsters; Elijah Johnston for Molly Haskell; Michael Wegner for Seriously; and Trvy (Trevor Wiggins) for Shield.

Chesnutt is buried in Pike County. The location of his grave is a closely-held secret.