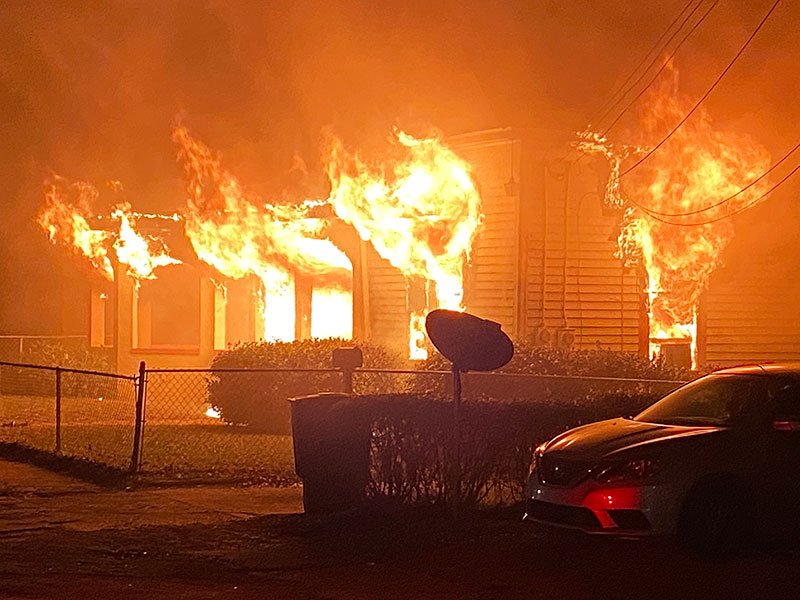 Atlanta Street home goes up in smoke; all occupants out safe

A home located at 140 Atlanta Street was ablaze Wednesday night and appeared to be headed toward a total loss.

The home was occupied but it appeared all got out safely.

According to tax records, the home is owned by the Demons Living Trust, the trustees of which are Samuel H. Demons and Sandra E. Demons.

UPDATE: Fire chief Kelvin Chute has confirmed all those in the home when the fire broke out managed to get out safely.