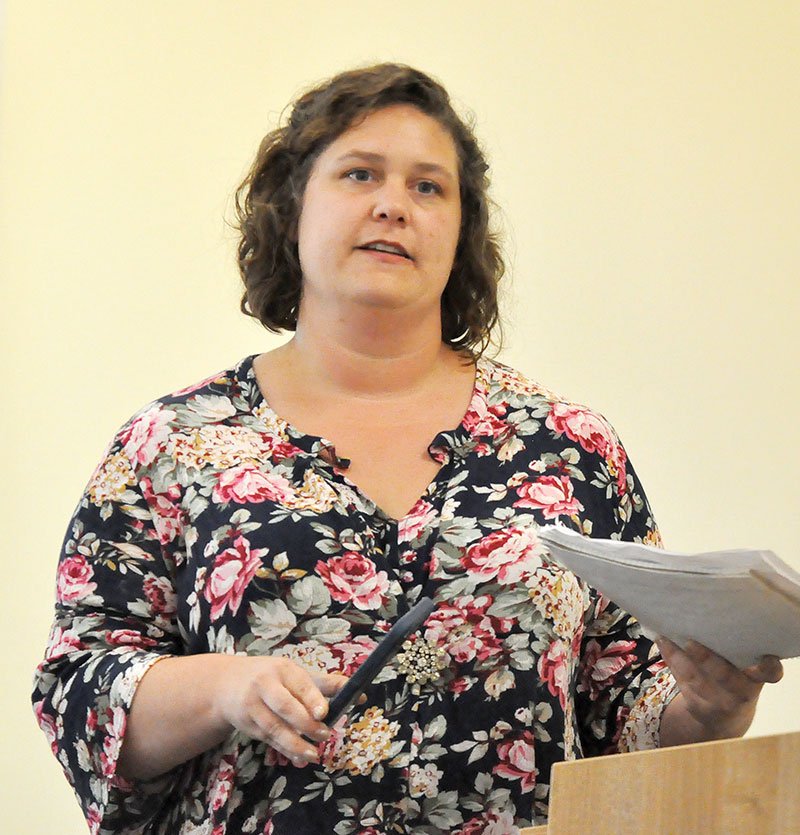 Buggy Days Lite will go on

After meeting with stakeholders September 2, the chamber of commerce board voted to go ahead with portions of the 2021 Buggy Days festival. However, the highly popular parade and the kids park ended up on the cutting room floor.

The Miss Buggy Days Pageant this Saturday will proceed with various COVID protections in place. Next weekend will see the Buggython Road Race and arts and crafts fair go on as planned though fewer vendors are expected. The festival street dance/concert will go on as planned at Summers Field Park with fireworks included Saturday night.

Longtime festival chairman Dick Esco said just over 100 vendors have paid and are planning to attend. Others were put on hold until the festival’s fate was determined.

“We’re not going to have near the crowd we would normally have. I have gotten many calls about this. Ninety percent were positive. If we don’t have Buggy Days, we may have seen the last of Buggy Days,” Esco said.

Public health officials and others were adamant about shutting the festival down completely.
“I have lived here 40 years. I love Buggy Days. We are in a period of substantial community transmission. We are seeing so many sick people. We are exhausted,” noted Sherry Farr, nurse-manager of the Lamar health department.

Ashton Harris of DPH agreed. “The Delta variant is very contagious. We are seeing a very high level of community transmission in Lamar County. I am worried about a super spreader event. We have got to get the pressure off our hospitals. Right now, nobody should be gathering at all,” Harris added.
Harris said only 29% of the Lamar population is fully vaccinated with 34% having at least the first dose of vaccine.

Local physician Dr. Lee Woodall, who also chairs the county’s Board of Health predicted dire consequences if the festival is held.

“We are seeing dozens of cases each day. If you are not living it day-to-day, you don’t see the gravity of it. People will get COVID at Buggy Days. People will die.Those are the percentages. I’ve been to 38 Buggy Days events, but I don’t think it is worth the risk,” Woodall said.

BPD chief Craig Cooper said his department would support the festival if the decision was made to go forward.

“Nobody wants to not have Buggy Days but I feel it would violate my pledge to protect and serve to go forward. It will put people in danger. I have friends and loved ones who are dying right now,” Cooper said.

Acting city manager Tim Turner said the city would provide services as it always has whatever the ultimate decision was.

Sheriff Brad White and fire chief Douglas Matthews were worried about the availability of EMS personnel during the festival.

“Just yesterday we had no ambulances in the county. Upson Regional is full. If people go down during the festival, will we have enough EMTs to treat them? Where will we transport them,” the sheriff asked. “We are currently dealing with two to eight hour turnarounds on crews that have to go to the hospital. Those are the things I am worried about but we will do what we have to do to support the festival if you have it,” Matthews said.

Bob Heiney, who noted he was speaking as a citizen not in his role as county commissioner, took on what he called the ‘medical narrative’ surrounding COVID.

“Remember 15 days to flatten the curve? Well, we are now 550 days into 15 days to flatten the curve. Here we are two years later and we are worse off than we were then. It is an ever-changing narrative that will continue. There will be continued shutdowns. We are told there is death and destruction all around us but the death rate is one percent. Stop and think about all the fear mongering that goes into selling this COVID thing,” Heiney urged.

Courtney Claxton, who owns Antiques on Atlanta with her sister Kathryn Green, urged compromise. She suggested setting up a vaccination booth at Buggy Days. Local pharmacist Tyler Young of Hines Prescription Shop agreed to staff such an operation.

Claxton, who is also an ER nurse, said she understood the positions held by the health department and Dr. Woodall. “I also recognize the need for personal responsibility. It is among the unvaccinated that this thing is spreading. Those of us who are vaccinated and have done everything right, don’t penalize us. Look for solutions. Don’t just look at the problems,” Claxton concluded.