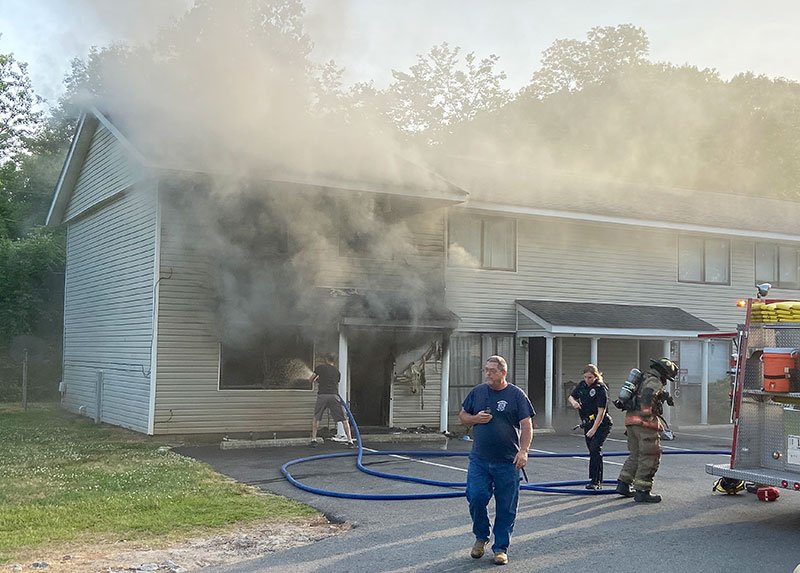 Fire broke out at Magnolia Apartments on Greenwood Street at about 6:45 p.m. Thursday but was quickly brought under control by BFD fireifghters.

The original caller to 911 reported their couch was on fire. One unit was heavily damaged with smoke and water damage to others likely. No injuries were reported.

The Red Cross was called in to assist three adults and three children impacted by the blaze. One person was slightly affected by smoke inhalation.