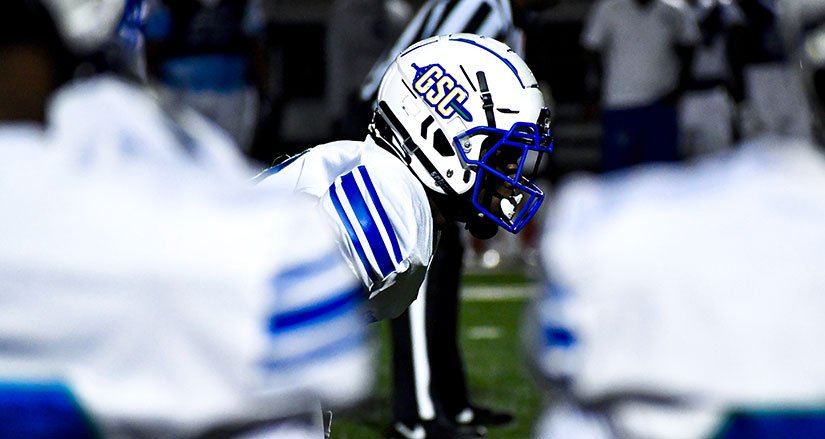 The Gordon State College club football program is set to build on the success of its championship season with a team of 115 student-athletes during the upcoming 10-game schedule.

During the 2021 season, the Highlanders claimed the National Club Football Association (NCFA) South Atlantic Conference title after a 32-20 defeat over Columbus State University on November 13. Looking to defend their title, the Highlanders will open the 2022 season with a pre-season scrimmage against Haywood Prep on Saturday, August 27 at 7pm.

The official start to the season begins at home on Saturday, Sept. 3 against August United, followed by Charlotte Community Christian College on Sept. 10, and Ramah Juco on Sept.17. The first three games will kick-off at 7pm.

The first away game will be a showdown against Middle Georgia State University on Sunday, Sept. 25 at 2pm. Two additional away games follow with Southern Shreveport University on Saturday, Oct. 1 at 2pm and Columbus State on Oct. 8 at 5pm.

GSC comes home again for a matchup against Longwood University on Saturday, Oct. 15 at 2pm before hitting the road for the final time to meet Georgia Military College on Oct. 22 at 1pm. The season closes with two home games against University of North Carolina Greensboro on Oct. 29 (homecoming) and University of South Carolina on Nov. 5. The last two games will kick-off at 2pm.

“I am looking forward to the upcoming football season as GSC fields at team of 115 young men who are committed to succeeding in the classroom and on the football field,” said GSC Dean of Students, Dr. Matthew Robison. “I look forward to keeping the conference championship title at Gordon State College!”

Kevin Adkins returns as head football coach. Also returning are 12 starters from last year’s conference championship team. The team will be offensively led by Neal Howard, Michael Johnson, Pacer Kincaid, and Carlos Burks and defensively led by Jeremiah McDermott, Jamarco Hughes, Jacory Gaines, and Omari Drake. Look for the Highlanders to be explosive on offense with the addition of Joel Howard and Curran Brant and dominating on defense with the additions of David Jones and Gerquez Deese.

“With our mission of ‘Respect All, Fear None,’ we are looking forward to bringing a national championship to Gordon State College once again,” said Adkins.

Each regular season home game will kick-off at Lamar County Trojan Stadium (1 Trojan Way, Barnesville, GA 30204). General admission for non-GSC attendees is $10. Students, faculty, and staff are invited to attend all home football games at no charge. The pre-season scrimmage will be free to the community. For further information, please contact Robison at 678-359-5056.