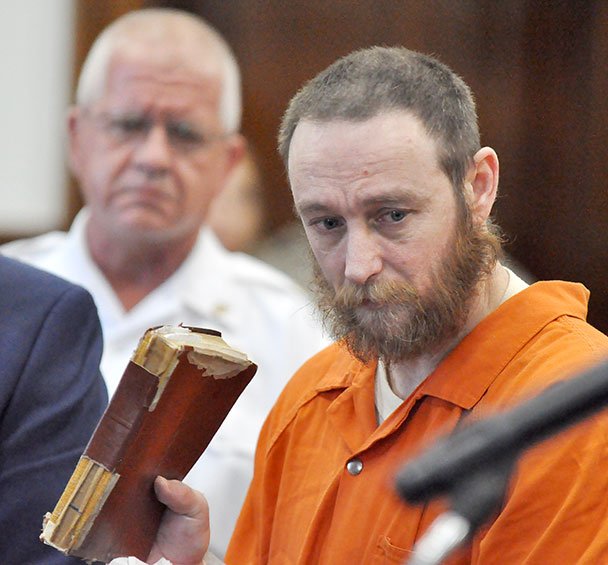 Donald Chandler Gordy was sentenced to 35 years in prison Thursday morning by Judge Bill Fears after pleading guilty to all charges against him in Lamar superior court. He also has three years on probation upon his release.The early morning sentencing hearing was held in front of a contingent of 35-40 law enforcement officers there to support the victim, Deputy Justyn Weaver. Gordy ambushed Weaver in the 100 block of Moore Street in Milner on Aug. 8, 2020. He admitted in court he was under the influence of alcohol and methamphetamine at the time and claimed not to remember anything after a dinner and two beers at the VFW Club earlier in the evening.According to testimony, Gordy fired five rounds of #4 turkey shot into Weaver’s driver’s side window from a range of 10-15 feet. Weaver went out the passenger side door, staggered away, gathered himself then drew his weapon and “got back into the fight”, assistant district attorney Wayne Jernigan said. By that time however, Gordy had fled and was later captured in Alabama.Weaver lost 80% of the vision in one eye which cost him his lifelong dream of becoming a state trooper. He has returned to duty with the LCSO.Gordy entered guilty pleas to charges of aggravated assault, possession of a firearm during the commission of a felony, interference with government property, criminal damage to property, possession of meth, possession of drug related objects and interference with government property.For much more on this story, see the 8.24.21 edition of The Herald Gazette.

Published in Crime and Slider