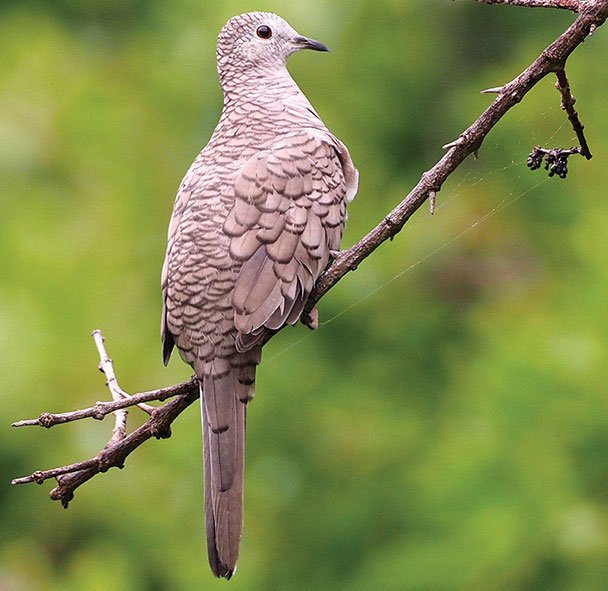 Inca doves are very rarely spotted in Georgia but one turned up in Redbone earlier this month and birders have turned out in flocks to observe and photograph it.’Inca dove is very rare in Georgia with only a handful of sightings recorded. This is the first one outside the southwestern corner of the state. It is hanging out in an area that has a healthy population of common ground doves,’ noted local birder Charlie Muise who is also a firefighter/EMT.The photograph of the dove (above) was taken by noted birder Yve Morrell of Glynn County. ‘Yve was returning from a trip to Arizona but her plane was diverted due to weather so she stopped off here. At least 25 people from around the state have come to see this bird, Probably more than that,’ Muise continued.Dove season opens Saturday at daybreak and the hope is the Inca dove will avoid a load of birdshot.’The Inca dove is just a little bigger than a sparrow so even a casual hunter should be able to easily discern this tiny dove from a mourning or collared dove,’ Muise concluded.

Published in Features and Slider