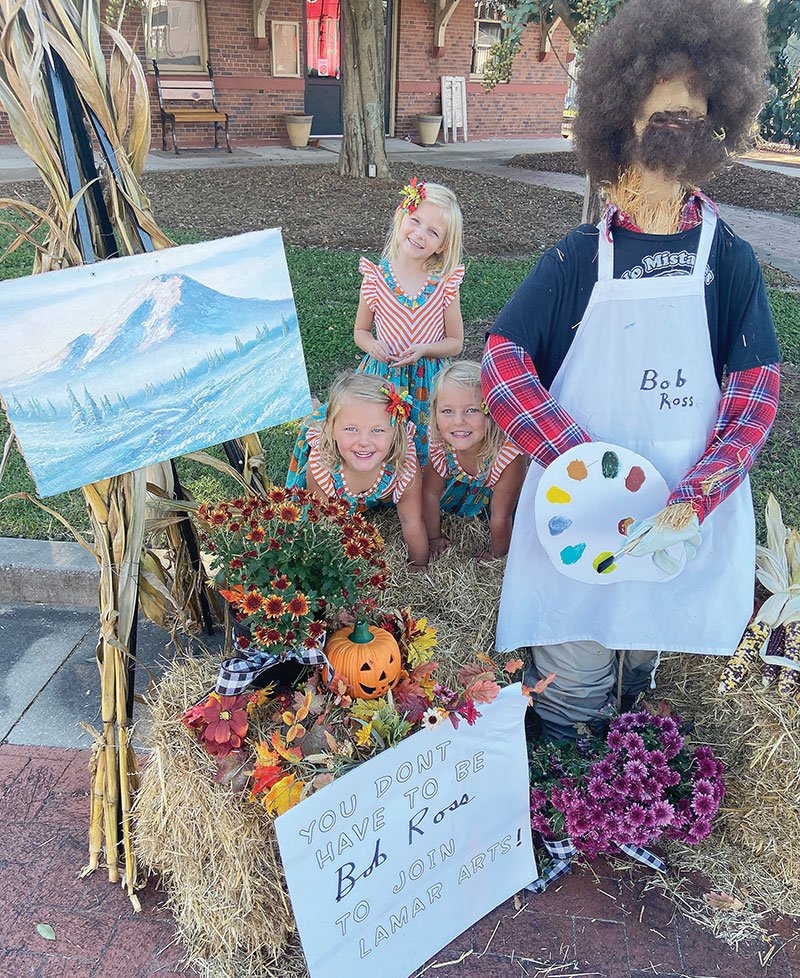 Much to the chagrin of the Wicked Witch of the West and the local crow population, downtown Barnesville is awash in scarecrows just in time for Halloween. Taking in the downtown delights last week were four-year-old twins Scarlett and Hazel Stanley (bottom) and their big sister Laekyn, 5. The girls’ mom, Heather Stanley, was the mastermind behind the Scarecrows of Barnesville competition. (Photo: Walter Geiger)

It’s almost time for trick-or-treating and, here in Barnesville, that is a big deal and it gets bigger with each passing year. As usual, candy is being bought in bulk by those along the Thomaston Street corridor. Here’s what is on tap this weekend.

Concert: Adding to the fun this year, is the postponed Buggy Days concert at Summers Field Park featuring Blair Crimmins and the Hookers. Caleb Anthony and the Holliday Troubadours will open the show, the first ever at the park venue.

The gates open at 6 p.m. Admission is $10. Attendees are encouraged to bring chairs and blankets but coolers are not allowed. The event will be catered by Deraney’s Two City Tavern. The festivities will include a cornhole tournament.

Scarecrows at Depot Plaza: Halloweentown will be set up along with the Scarecrows in Depot Plaza. Several businesses will be handing out candy there beginning at 4:30 p.m.

Community Carnival: On Sunday, six area churches are sponsoring a Community Carnival at the park from 4-5:30 p.m. There will be free hot dogs, snow cones, cotton candy, popcorn and a cupcake walk. Other activities will include games, a bounce house, fishing for candy and green screen photography.