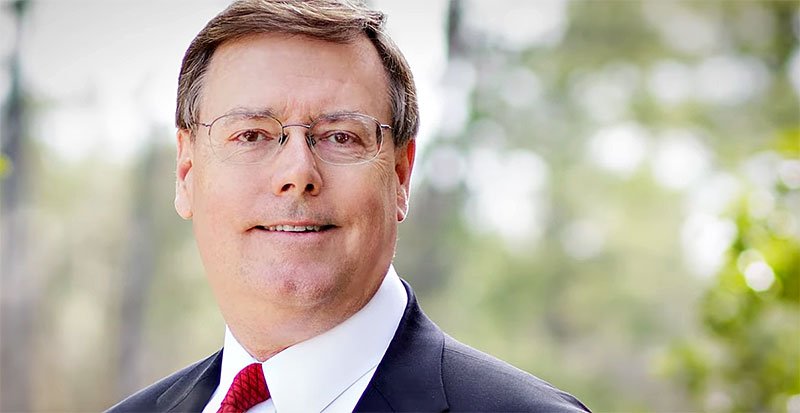 Jim Edwards, Barnesville native and CEO of United Bank, addressed the annual convention of the American Bankers Association (ABA) last month at its annual convention in Tampa. Edwards was finishing up his year as ABA president, having been elected last year when the convention was held remotely.

Edwards and his wife Laura have spent the past year traveling around the country to ABA events and state banking conventions, including one stretch of four different states back-to-back without coming home.

In his remarks, Jim Edwards thanked his parents, Joe and Pat Edwards who were present. Joe preceded him as chairman of the Georgia Bankers Association and on the ABA community bankers council. “I’ve always heard it said that you don’t get to pick your parents, but anyone who knows mine know I got lucky with who I got,” Jim Edwards said.