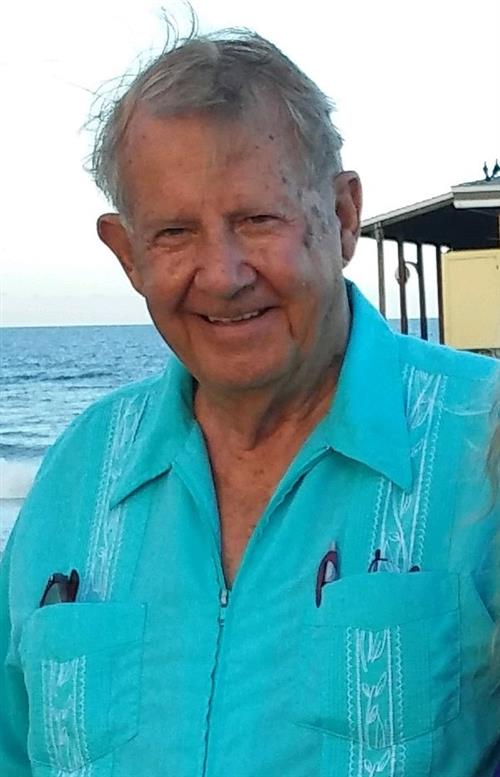 Mr. John David Mullins, Sr., 82, of Thomaston, died Saturday, March, 26, 2022, at his residence.
Funeral services for Mr. Mullins will be held on Saturday, April 2, at 2:00 PM, in the chapel of Fletcher-Day Funeral Home with Dr. Brad Ellington officiating. The family will receive friends on Friday, April 1, from 5:00 until 7:00 PM, at Fletcher-Day Funeral Home.
Mr. Mullins was born in Detroit, MI, on December 26, 1939, to the late Cecil and Lucille Mullins. He received a bachelor’s degree from Eastern Michigan University in 1968. Mr. Mullins was a retired paramedic with Upson Regional Medical Center. He enjoyed sailing and was active with the Boy Scouts, where he had served as an assistant scoutmaster. Mr. Mullins was the owner/operator of Mullins Construction. He was of the Baptist faith.
In addition to his parents, Mr. Mullins was preceded in death by a son, John David Mullins, Jr. Survivors include his wife, Bettie Ann Kilgore Mullins; three daughters: Debbie Coykendall of Michigan; Cynthia Lynn Mullins of Thomaston; and Robin Peavy (Duane) Powers of Fort Valley; two sons: Eddie Ray (Sherry) Peavy, Jr. of Thomaston and Henry (Buffy) Mullins of Milner. Seven grandchildren and eight great grandchildren also survive.
In lieu of flowers, memorial contributions may be made to Flint River Council, Boy Scouts of America, 1361 Zebulon Road, Griffin, GA 30224 (donations.scouting.org).
Fletcher-Day Funeral Home is in charge of all arrangements. Condolences and remembrances may be expressed at www.fletcherdayfuneralhome.com.