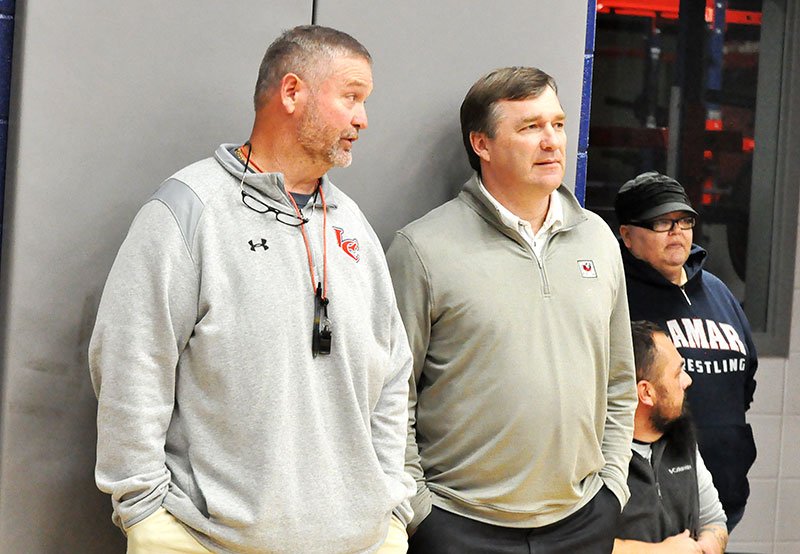 Kirby in the house!

Kirby Smart, head coach of the national champion Georgia Bulldogs, was at the LC gym Tuesday night on a recruiting visit.

Smart was in town to watch LC linebacker CJ Allen play basketball. With him was UGA co-defensive coordinator and linebackers coach Glenn Schumann.

Smart is not resting on his national championship laurels. He reported LC was the 14th high school he had visited today.