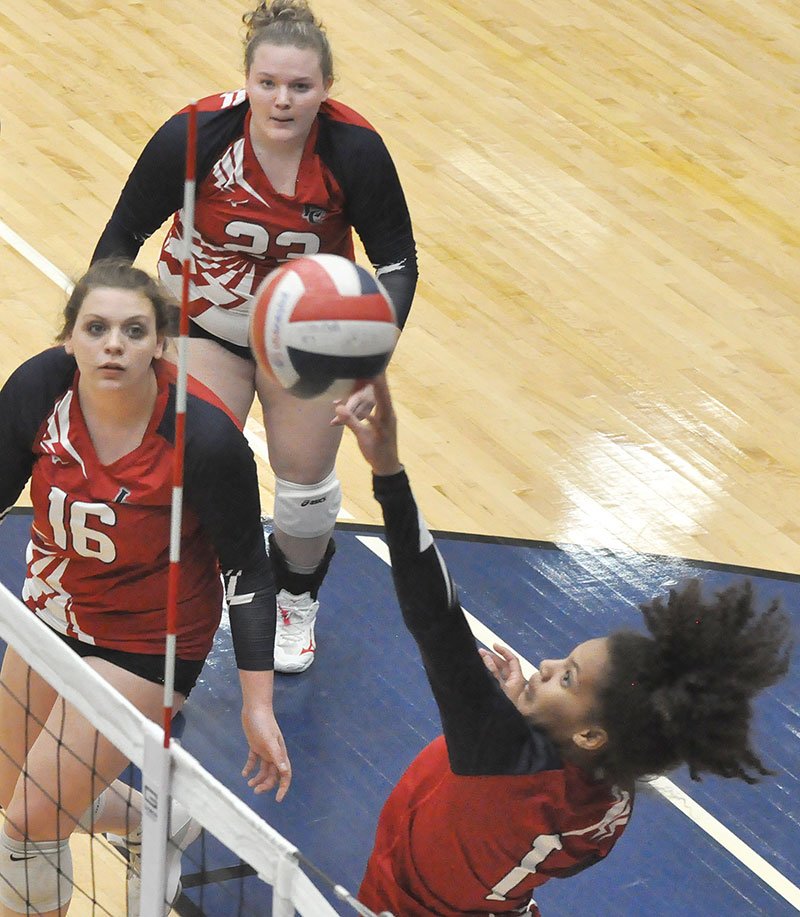 Kaylee Hamrick (front) slams a kill shot against Josey in the first round of the playoffs last week. Backing her up are Kaitlynn Rogers (16) and Jaime Riehle (23)

Lady Trojans bow out in round two

The LC Lady Trojans lost in straight straight sets to Armuchee Saturday and were eliminated in the second round of the GHSA state volleyball playoffs.

The loss followed LC’s first round win over Josey of Augusta in straight sets Wednesday.

This was the second consecutive year the Lady Trojans made the postseason. The team was led by seniors Kaitlynn Rogers and Jaime Riehle and coached by Lori Greene.