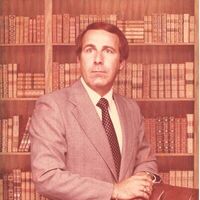 Mr. Larry Brown, age 78, of Barnesville, died Tuesday, October 11, 2022, at his residence.
Mr. Brown was born November 2, 1943, in East Point, Georgia, to the late Charles Astor Brown, and the late Eva Mae Mailey Brown.  He served his country in the U.S. Navy during the Cuban Missile Crisis, and he was the owner and operator of Machinery Net, he was of the Baptist faith.  In addition to his parents, he is preceded in death by his brother, Winston Royce Brown.
Survivors include his wife, Anne Shaw Brown of Barnesville, brothers, Bobby Brown of Norcross, Charlie Brown of Jackson, Dink Brown, of Bonaire, and Harry Brown of Douglasville, sister, Gloria Sims of Marietta, many nieces and nephews.
Memorial service was held on Saturday, October 15, 2022, at 2:00 p.m. from the Chapel of Coggins Funeral Home. The family received friends on Saturday, October 15, 2022, from 1:00 p.m-2:00 p.m. at Coggins Funeral Home.
Inurnment will follow at a later date from the Georgia National Cemetery.