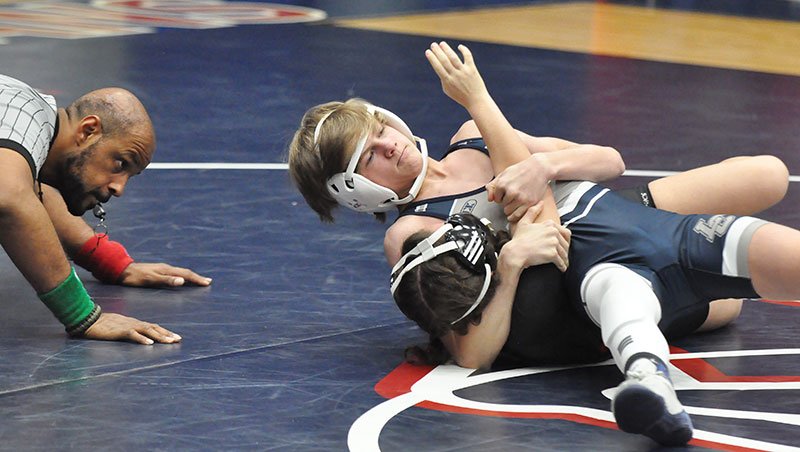 Lamar’s Reid Flournoy pins his opponent during round one action at the GHSA state wrestling tournament Saturday at the LC gym. Flournoy won both his matches Saturday as LC moved on to the Elite 8. (Photo: Walter Geiger)

The LC wrestling team rolled through the first two matches of the state tournament Saturday and earned a spot in the Class AA Elite 8 for the third year in a row.

Coach Jeff Sloan’s squad defeated Dodge County 76-6 in round one at the LC gym at high noon and then routed Model 53-24 in second round. The Elite 8 matches will be held in Bremen Saturday morning beginning at 10 a.m.