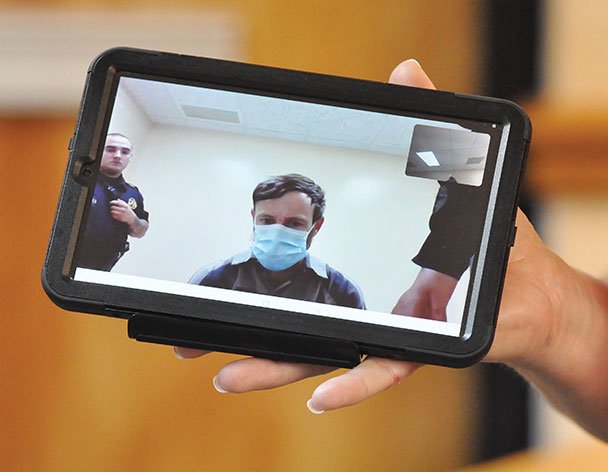 A 39-year-old Milner man who allegedly ambushed a Lamar deputy Aug. 8, 2020 is expected to enter a blind guilty pleas to all charges he faces in Lamar superior court Thursday. District attorney Jonathan Adams reported Donald Chandler Gordy will plea with no agreed upon sentence or plea deal in place.Dep. Justyn Weaver answered a suspicious person call in the 100 block of Moore Street in Milner at 10:45 p.m. He had been up and down the street several times when Gordy allegedly popped up out of the woods and opened fire with a shotgun, discharging five rounds of #4 turkey shot at Weaver’s patrol car at close range.Weaver was lifeflighted to a trauma center. He was released five days later and has since returned to duty.Gordy fled the shooting scene but was apprehended about 3 a.m., Aug. 9, 2020 near Birmingham. He is charged with aggravated assault on a peace officer, possession of a firearm during the commission of a felony, attempting to kill or obstruct a witness from providing testimony or evidence, three counts interference with government property and criminal damage to property.Gordy had been arrested the previous year for possession of meth and fighting with deputies. That incident did not involve Weaver.