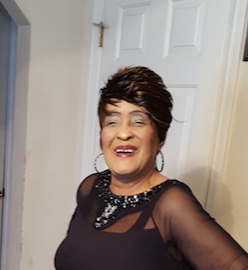 The family is saddened to announce the death of Mary Ellen Brown of Barnesville, GA. who passed away on February 7, 2022. Mary Ellen Brown was the wife of the late Willie Floyd Brown, Sr.
She is preceded in death by her husband Willie Floyd Brown, Sr.; two sons, Curtis Gerod Brown and Mark Lewis; two daughters, Tina Brown and Terissa Brown; three brothers and one sister.
Mary Ellen Brown leaves to cherish her; two sons, Jerry Jerome (Tina) Lewis of Forsyth, Ga. and Willie Floyd Brown, Jr. of Barnesville, Ga.; five sisters; one brother; two grandchildren that were raised as her own, after the loss of their mothers, Curtis Jerod (Jaimee) Brown and Destaneigh Mitchell. A host of grandchildren, great-grandchildren, nieces, nephews and friends.
The life of Mary was celebrated with a memorial/balloon release on Saturday, February 12, 2022.