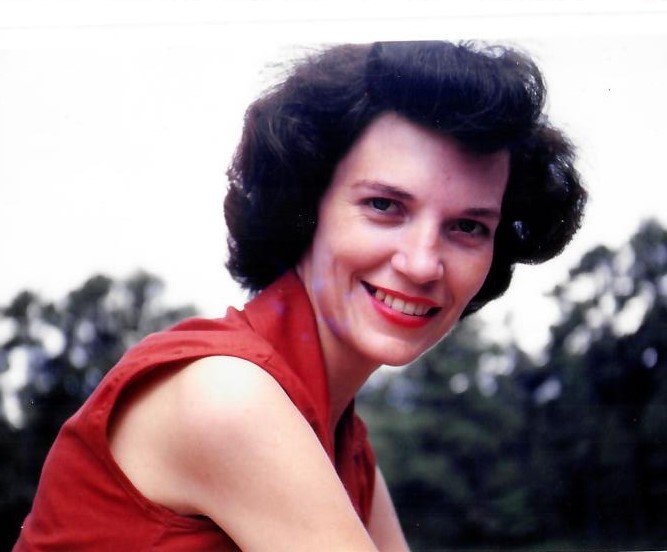 Our Mom rounded third and crossed home plate on Saturday, October 16, 2021, and received her reward in Heaven.
She fought the good fight and lived a life faithful to her beliefs during her lifetime and will spend eternity with the family and friends that went ahead of her. She was preceded in life by her parents Mamie Hancock Whitten and Robert Edward Whitten of Barnesville, Georgia. Her Dad was an engineer for the Central of Georgia Railway on the “Tomcat” which made its way thru Barnesville on a regular basis. Also preceding her was her brother Edwin Whitten, twin sister Ruth Whitten Phillips, younger sister Patricia Whitten Brown and baby sister Shirley Whitten Fountain Yeager Taylor. The love of her life and husband were married for 65 years at the First Baptist Church in Barnesville, Eastern Air Lines Captain C.B. Howard Jr. preceded her in 2012, his parents were Lucinda “Lucy” Clever Howard, and Lt. Col. Ret Charles B. Howard Sr. Of Barnesville, Ga. Miriam’s daughter Susan Whitten Howard Schoedinger and husband James Schoedinger reside in Castle Rock, Colorado. Son, Charles B. Howard III and wife Katherine Ashley Howard reside in Smyrna, Ga. Granddaughter Amanda Bowlden Sandrock and Husband Jim live in Dunwoody, Ga. Granddaughter Katherine Austin Howard lives in Smyrna, Ga. Great-grandson Nolan Sandrock and sister Great-granddaughter Ella Sandrock live in Dunwoody, Ga. She leaves behind many nieces and nephews whom she loved very much.

Mom began life with her family in the Redbone Community and graduated from High School from Gordon in the class of 1945. Known as the “Teachers Pet” by her favorite teacher and lifelong friend Ms. Marion Bush, she met her future husband C.B. Gordon Class of 1943 during her time at school. C.B. was an Army Air Corp Cadet during the war and when he returned home from the war they moved to Tulsa, Oklahoma where he attended Aircraft Maintenance school and upon graduating moved back to Atlanta to work for Delta Airlines. When C.B. Was recalled back into service for the Korean Conflict they moved to Ramey Airbase in Puerto Rico while he flew B-29 combat missions for the Strategic Air Command. At the end of the conflict, they returned to Atlanta and C.B. Went to work for Eastern Air Lines as a pilot during moved again to New York. After a short time, they moved back to Georgia for the remainder of their lives. When they returned they settled in Forest Park where Miriam started raising her two children and became a Ladies fast pitch softball player and coach of the “Tomboys” softball team for 21 years. She worked with the Forest Park Athletic Association with her husband for over 25 years helping young kids play ball. She excelled at teaching and helping young women as a coach and friend and is still recognized by former players affectionately still calling her Coach Howard today. Her joy was coaching her daughter and granddaughter on the same team at different times with the same results, First Place. In her 21 years of coaching only one team one team finished the season out of First Place and that team came in second place, a great coaching career and influence for young women. She enjoyed watching her granddaughter Amanda coach her great granddaughter Ella while being in charge of the girl’s softball program in Dunwoody, her coaching legacy continued. They stayed in the Lake City area for 41 years and moved to Mallards Landing in Locust Grove for 15 years where she flew as C.B.’s co-pilot all over the United States for many great adventures in one of Dad’s many airplanes. After C.B. passed away she lived in assisted living in Alpharetta and Roswell to be close to her granddaughter’s. She was named ambassador at the residence because she helped new residents aquatint themselves to their new home. Her love for music and dance continued to hers last days and was known as the Elvis Lady because when you passed her room a full size cutout of Elvis was outside her door and you could always hear the sounds of Elvis as you passed by her door. Her granddaughter Austin commented to her that with her door always open on her hall to welcome everyone that passed by was like her dorm room at UGA where they all sat outside on the floor, and Mom told her “well honey that sounds wonderful, except if I do that I can’t get back up”. Her energy and constant positive attitude even when she had physical limitations were inspirational for her many friends.
She was a caring wife, mother, grandmother and great-grandmother and good friend to others that we miss already and certainly not ever forget. She always told me after my Dad passed away that sometimes she was sure she saw him flying by on a cloud she saw in the sky, or when a plane flew by, and I am sure that her and my Dad are back together flying again.
A memorial service to honor her life will be held at a later date.
To make an online condolence please visit www.williams-westburyfuneralhome.com
Williams-Westbury Funeral Home, 526 College Drive, Barnesville, is serving the Howard family.