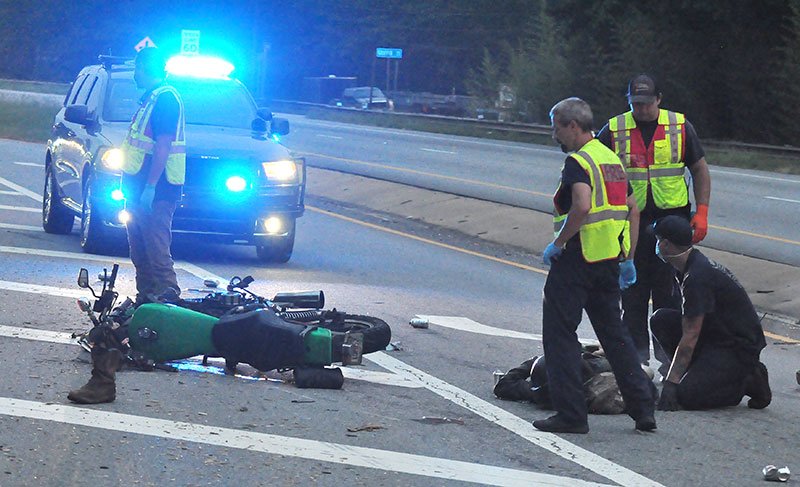 A male motorcyclist was lifeflighted to a trauma center early Wednesday after colliding with a Ford Escape at the dangerous intersection of Veterans Parkway and Hwy. 36 Bypass.

The motorcyclist had a broken leg and other injuries but was talking with first responders and and appeared to be smoking as he awaited evacuation. The crash occurred at about 7 a.m.

The state patrol has identified the motorcyclist as Gregory Logan, 37, of Willis Road, Barnesville. The driver of the SUV was Jaime Riehle, 17, of Milner. Logan is being treated at Atlanta Medical Center.