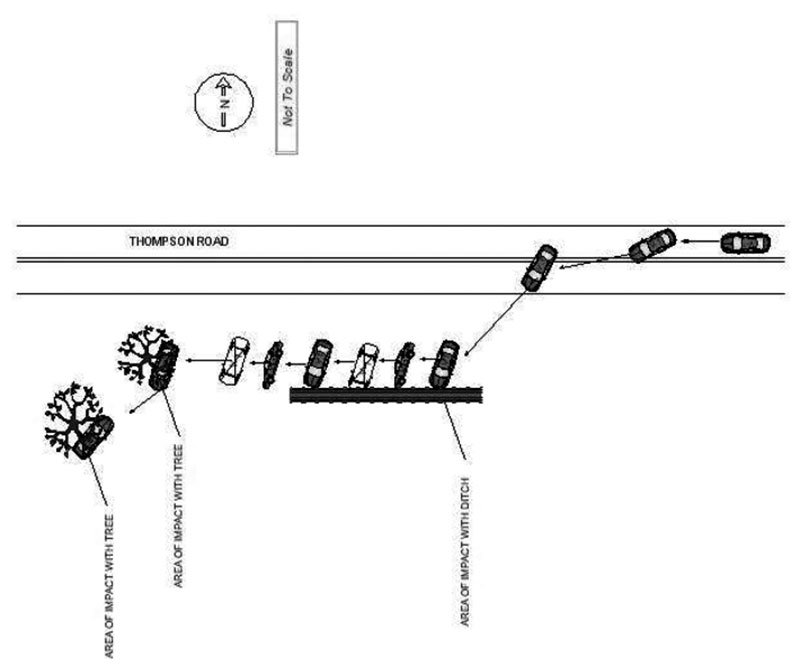 The Georgia State Patrol has identified the passenger who was airlifted to a trauma center Feb. 20 following a police chase and subsequent crash that killed the driver.

A Zebulon police officer first noticed the erratically driven red 2007 Toyota Corolla which was southbound on Hwy. 19 and attempted to stop it. The driver, Kennithia Z. Williams, 33, of a Greensferry Avenue address in Atlanta, fled southbound.

Williams crossed into the northbound lane and struck an officer’s vehicle before trying to evade by driving through the parking lot of Shiloh Baptist Church and westbound onto Thompson Road. The ZPD officer was forced to make a U-turn to continue the pursuit.

A Pike deputy was behind the vehicle which was swerving all over the roadway.

According to the GSP report, Williams topped a hill and began to lose control of the Corolla which skidded and began to rotate counter clockwise.

The car left the southbound side of the road and hit a ditch. It then overturned several times. It struck one tree with the passenger side rear tire, rotated clockwise and struck another tree near the driver’s door. The car came to rest facing northeast.

Williams, who was not wearing a seatbelt, was ejected and pronounced dead at the scene.

The passenger, Kandace Savignol, 35, of 207 Mauldin Rd. in Thomaston, was flown to Atlanta Medical Center and later released.

The crash, which occurred about 12:15 a.m., was recorded on dash cam video from the patrol car of Pike deputy J. Greene.

Williams’ blood was drawn for alcohol and drug testing purposes.

Other contributing factors by Williams were evasion of an officer, reckless driving, excessive speed and a loss of control of the vehicle, according to the GSP report.

Published in Crime and Arrests, Slider and Top Stories