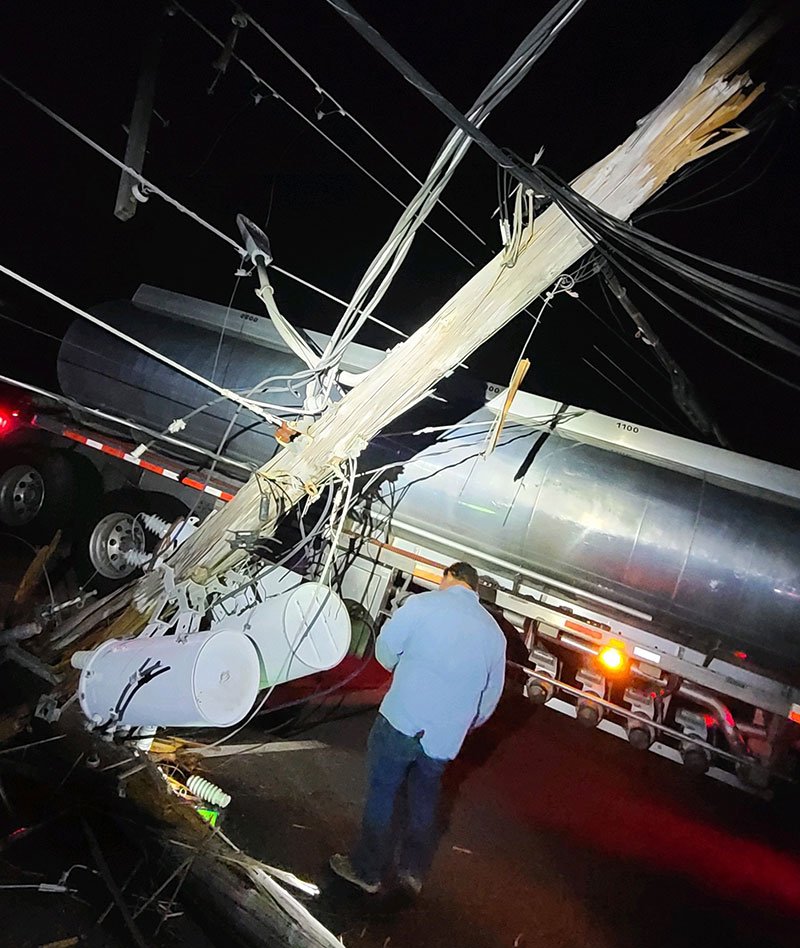 Jami Copeland of the city electrical department surveys the damage on College Drive before daylight Friday.

A Jones Petroleum tanker truck driver killed power in much of Barnesville early Friday when he came into contact with power lines while backing out of JR’s Food Mart on College Drive.

At 8:30 a.m., power was still out as city power crews worked to replace poles, wires and transformers damaged in the incident. Power was out downtown and on much of the Gordon campus.

There was no immediate timetable for when power would be restored in the wake of the 4:30 a.m. accident.