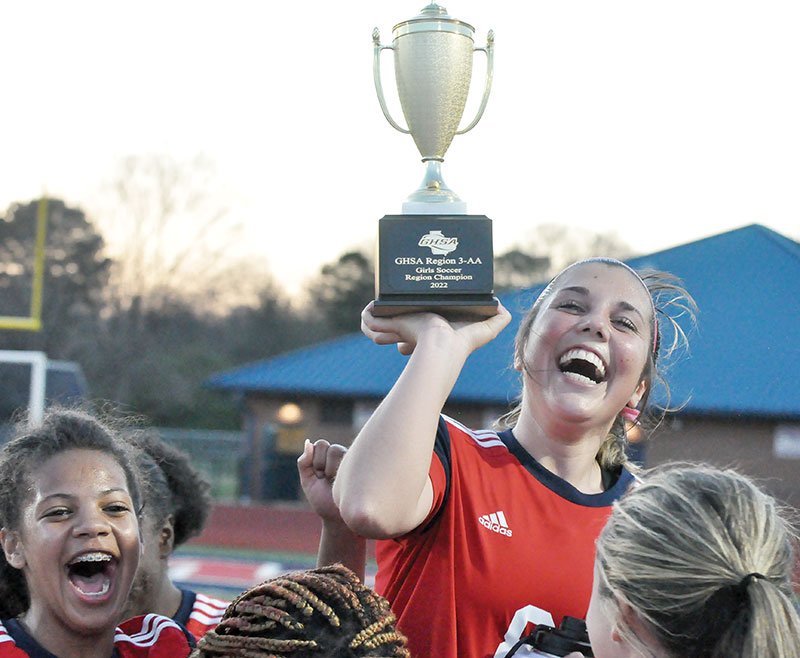 The Lady Trojans (15-4, 10-0) are ranked #7. They rolled past the Golden Hawks 7-1 on Senior Night Thursday. Vanessia Byrd and Cara Bishop each had two goals to pace LC. Maci-Lauren Lanier had one goal and dished three assists.

Alaina Cato and Samiya Smith had single goals. Smith had an assist as did Giada Ritch.

The Lady Trojans also garnered a win over NE Macon by forfeit. Northeast does not field a girls soccer team.

On Friday, LC topped WACO 2-0 in a tough, contentious match which included a benches-clearing altercation. Suspensions are expected to be forthcoming this week.

Miller had a goal and an assist for LC while Justin Brannen had a goal. Crawford had a key assist.

Both Lamar teams are #1 seeds entering the Class AA state playoffs and each will face the #4 team from Region 4-AA in the first playoff round in matches to be played here.

At present, the Lady Trojans opponent would be Johnson High of Augusta (4-4, 4-3). It appears the Trojans will battle Westside of Augusta (4-6, 4-4). Those games would be played April 14-15 on the local pitch.