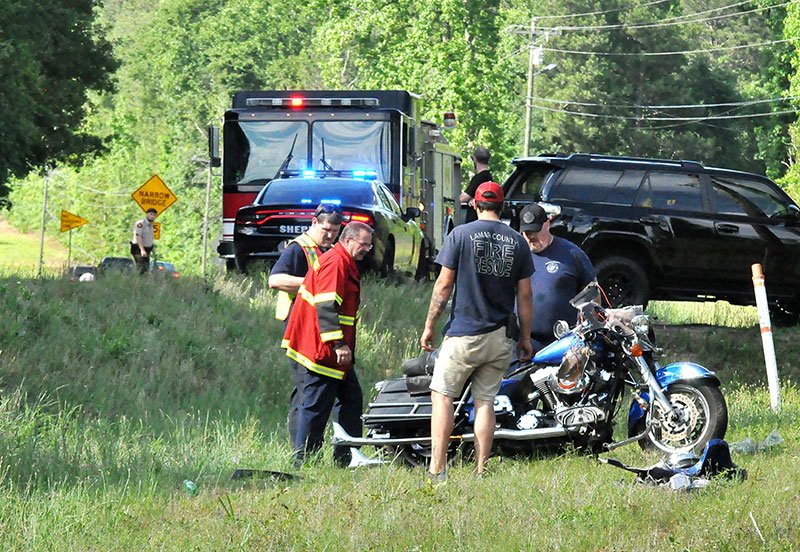 A Senoia man was injured and taken by ambulance to a Macon trauma center Saturday evening after losing control of his bike on Hwy. 36 East. The biker ended up in a ditch with his bike on top of him.

Witnesses said Joseph Daniel Behringer, 42, was eastbound on Hwy. 36 when he lost control after passing a vehicle and went down a steep embankment. Behringer was operating a 1999 Harley Davidson Road King which was heavily damaged.

According to a state patrol report, the Harley bore a tag registered to a 2002 Suzuki VL 800 which is owned by Behringer. There was no insurance on the Harley, according to the GSP report.

Behringer faces charges of no proof of insurance and affixing a tag to conceal. He was in serious condition at Atrium/Macon Medical Center late Tuesday.