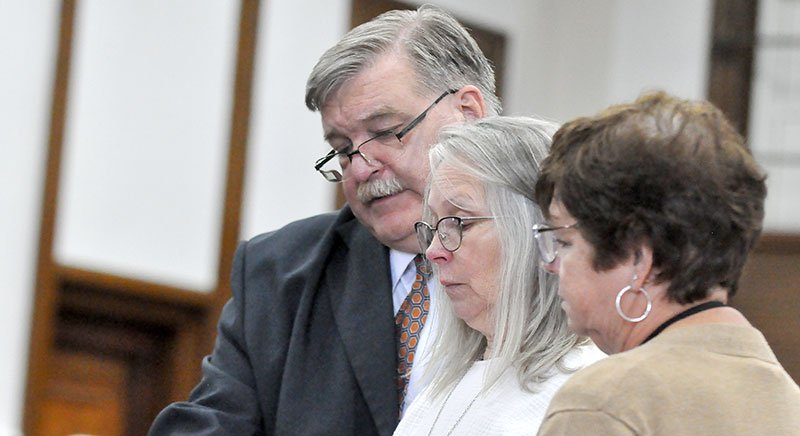 Whatley gets 12 years in prison in vehicular homicide case

After a gut-wrenching, emotional hearing Tuesday morning, Felicia Whatley was sentenced to 12 years in prison and three years probation on one count of vehicular homicide in connection with a March 5, 2021 collision that killed 38-year-old Nathan Suggs.

Members of both the Suggs and Whatley families delivered sobering impact statements.

Prosecutor Wayne Jernigan noted Whatley, 58, had six Jackfire whiskey shots at Bank Street Cafe in Griffin before the crash and blew a .120 on the intoximeter three hours after the wreck that also injured Jeremy Knight, who was driving Suggs’ Toyota pickup truck.

Whatley drove south in the northbound lane of Ga. Hwy. 7 for 9-10 miles before the collision near Milner.

Her husband, Matthew Whatley, testified he was supposed to be her designated driver that night but the two had a disagreement and he left Felicia, a former Upson County teacher of the year, at the bar.

“He was in the back of the ambulance but no one was working on him. I knew then he was gone. I saw him later at the hospital. Blood and brain matter were coming from his eyes, ear and nose. It was devastating. The doctor said he had no tools in his toolbox to fix Nathan,” she testified.

Jernigan asked for 12 years in prison but was okay with the first offender status.

“(Whatley) set in motion the chain of events that led to the death of this boy. She has to be held responsible. The piper has to be paid,” Jernigan argued in closing.

Judge Tommy Wilson was emotional as he pronounced his sentence and granting the first offender status.

“Over three counties, we do one of these about every six months. You have a lot of friends here supporting you. Most defendants don’t have a single person who gives a **** about them,” Wilson told Whatley.

Extensive further coverage of this hearing will be published in the June 14, 2022 print edition of The Herald Gazette.