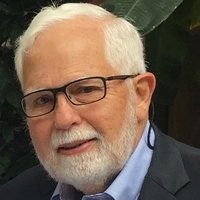 Dr. William Michael “Mike” Oxford, 83, of Thomaston, GA, passed away on October 15, 2022, at Upson Regional Medical Center – once, his home away from home – surrounded by family and loved ones.
Dr. Oxford was born in Culloden, GA to Mildred (Garr) and Guy Oxford. As a child, growing up on his family’s farm, Dr. Oxford cultivated a deep and enduring love for nature and an appreciation for the rigors and rewards of hard work. After graduating from Mary Persons High School in 1957, he attended Mercer University. At Mercer, he discovered his calling to become a physician. Upon completing his undergraduate degree in 1961, he was accepted into the Medical College of Georgia, where he graduated in 1966. Thereafter, Dr. Oxford began his surgical internship and residency at Emory-Grady Memorial Hospital. During the Vietnam War, he put his residency on hold for two years to join the United States Air Force. He earned the rank of captain, serving as a staff surgeon at Barksdale AFB in Shreveport, LA – where he met his bride-to-be, Jane Rucker. In 1973, Dr. Oxford completed his surgical residency and vascular surgery fellowship at Emory-Grady Memorial Hospital and moved to Thomaston to join Dr. Mac Dallas in his surgical practice. While a surgeon at Upson Regional Medical Center (URMC), he made historical advancements, such as establishing its first Tumor Registry, implanting the first pacemaker at URMC, and performing the first laparoscopic surgery there.  In 1999, Dr. Oxford retired from his career as a surgeon but continued to practice general medicine. Upon his retirement in 2012, the Thomaston-Upson Chamber of Commerce presented him the Lifetime Achievement Award for his devotion to the area and those whose lives he touched.  A devoted member of his community, Dr. Oxford served on many boards and committees, including committees at the First United Methodist Church (where he also taught Sunday School), the Board of Directors for URMC, The Hospital Foundation, The Gordon College Foundation, the Bank of Upson Board, the South Crest Bank Board, and The Hospice Board in Upson County.  Dr. Oxford’s love for his profession left him little personal time, so he was intentional on how he spent it. He enjoyed cooking a variety of dishes, reading literature, studying philosophy, quoting poetry, and sharing his knowledge of the Bible and love of nature.  Most importantly, he cherished his family and took great joy in spending time with them on the farm – working, hunting, fishing, and walking in the woods.
He is survived by Jane Rucker Oxford, his wife of 51 years; daughter Susan (Mike) Harrell of Culloden; son Wade (Heather) Oxford of Culver City, California; sister Miriam Elsey; grandchildren: Sam Harrell, Ben Harrell, Finley Oxford; nieces: Jennifer E. (Barrett) Hayes and Michelle E. (Alan) McMahon; great-nieces: Claire Hayes, Charlotte Hayes, Julia McMahon, and Caroline McMahon; great-nephews: Guy McMahon and Thomas Hayes; and lifelong friend Jim Traylor.  A special thanks to his caregivers Dante Davison, Tennie Hobbs, and Ronnie Holloway.
Memorial services will be held on Saturday, October 29, 2022, at 11:00 a.m. at Thomaston First United Methodist Church.  The family will receive friends in the Church Fellowship Hall immediately following the service.
In lieu of flowers, memorial donations can be made to: CMT Charcot Marie Tooth Research Foundation at 4062 Peachtree Rd. Suite A209 Atlanta, GA 30319 or https://cmtrf.org/donate/, Russellville Baptist Church at P.O. Box 6004 Forsyth, GA 31029; Thomaston First United Methodist Church at 132 Cherokee Rd. Thomaston, GA 30286; Gordon State College Foundation at 419 College Drive, Barnesville, GA 30204 or https://www.gordonstate.edu/alumni/give-to-gordon/ways-to-give/scholarships/index.html